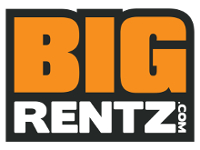 Boom lifts are used on construction sites, inside manufacturing plants, and even in retail settings. Several types of aerial lifts exist and each accomplishes a different job. Budgetboomliftrental.com helps businesses select the best boom lift for each project.

An articulating boom lift, or knuckle boom, increases jobsite productivity. Complicated ladder and scaffold setups take considerable amounts time, particularly if obstacles are present. Knuckle booms can be used on projects where multiple objects are in the working path, even if the working space is confined. The controls of the boom are located on the platform for maximum versatility and command by the boom operator.

Articulating boom lifts are available in various brands and models. The specs for each model will indicate the platform height, load capacity, type of fuel, horizontal reach, and drive speed. Taking all of the job site requirements into consideration before choosing a boom for the project saves time and money.

Some boom lift models are equipped with workstations such as welding stations, attached lighting, and even generators to further increase functionality.

Safety is the top priority when operating an articulating boom lift. Improper use could result in injury due to a fall, entanglement with overhead objects, tipping over, or electrical shock. Budgetboomliftrental.com cautions lift operators to follow manufacturer guidelines, as well as the tips on aerial boom safety from OSHA.

Operators must always check the following prior to using a boom lift:

Renting an articulating boom lift is more cost effective than purchasing when a business only uses the equipment occasionally or for short periods of time. Renting an articulating boom lift is also advantageous because there is no out of pocket cost to the renter in cases of mechanical failure due to normal wear and tear. If a business finds that it needs a knuckle lift on every job, then purchasing the equipment might be wise. Many equipment rental companies sell used boom lifts at a greatly reduced cost—this is a good way to obtain needed equipment and stay on budget.